7th International Conference on the History of Occupational and Environmental Health 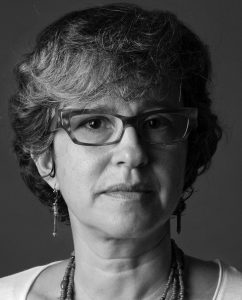 Gabrielle Hecht is Frank Stanton Foundation Professor of Nuclear Security at Stanford University, where she is affiliated with the Center for International Security and Cooperation (CISAC) and the Department of History. Her book Being Nuclear: Africans and the Global Uranium Trade (co-published by MIT Press & Wits University Press) examines the nuclear age from the perspective of African uranium mines and miners. It won several awards, including the Martin Klein prize in African history. She is currently writing a series of historical essays on occupational and environmental health in the context of the Anthropocene in Africa, which so far have appeared in Cultural Anthropology and Aeon.

Hecht holds a PhD in History and Sociology of Science from the University of Pennsylvania (1992), and a bachelor’s degree in Physics from MIT (1986). She’s been a visiting scholar in universities in Australia, France, the Netherlands, Norway, South Africa, and Sweden.

Keith Breckenbridge  is a Professor and Deputy Director at the Wits Institute for Social and Economic Research, Wiser, and one of the editors of the Journal of African History.  He writes about the cultural and economic history of South Africa, particularly the gold mining industry, the state and the development of information systems.  He studied at Wits and Johns Hopkins and completed his PhD at Northwestern in 1995.    His book — Biometric State: the Global Politics of Identification and Surveillance in South Africa, 1850 to the Present(Cambridge, 2014) — shows how the South African obsession with Francis Galton’s universal fingerprint identity registration served as a 20th century incubator for the current systems of biometric citizenship being developed throughout the South.  In 2017 the book was awarded the inaugural Humanities Book Award by the Academy of Science of South Africa.  With Simon Szreter, he edited Registration and Recognition: Documenting the Person in World History published by OUP and the British Academy in 2012, a volume of essays which examines the workings and failures of civil registration in twenty different regions and periods around the world.  He is now working to finish several book projects:  Biometric Capitalism, which investigates the global infrastructures of biometric civil registration and credit surveillance that are developing in the former colonial world; Power without Knowledge, which examines the very limited forms of official knowledge that supported the state in South Africa in the 19th, 20th and 21st centuries; and Mining, Power and Politics in South Africa which interrogates the usefulness of the idea of the Resource Curse in South African history.the Indian sub-continent. .

Ashwin Desai is Professor of Sociology at the University of Johannesburg. He holds a Masters degree from Rhodes University and a doctorate from Michigan State University. His more recent books include “The Race to Transform: Sport in Post-Apartheid South Africa” , “Reading Revolution: Shakespeare on Robben Island” and “The South African Gandhi: Stretcher-Bearer of Empire” (co-authored with Goolam Vahed). Desai co-published  Inside Indenture: A South African Story, 1860-1914, as well as “Chatsworth: the making of a South African township“. His work focuses on the indentured workers on the East Coast of South Africa, arriving predominantly from the Indian sub-continent. Apart from the history of sport, his research interests are on social movements as agents of change.

Rene Loewenson is an epidemiologist with over thirty years of research, technical and policy advice on health systems, workers health, primary health care, public health, social determinants of health and health equity internationally.  She was a senior lecturer at the University of Zimbabwe and initiated and was head of the national trade union congress (ZCTU) occupational health and social welfare department and of an African continental trade union (OATUU) occupational health programme setting up training and design and evaluation of services and legal frameworks for health in workplaces. She is now Director of Training and Research Support Centre. In TARSC she has co-ordinated a number of research networks, including for the UN Research Institute on Social Development Programme, as a founder of the Regional Network on Equity in Health in east and southern Africa  (EQUINET)  and as a co-hub co-cordinator of the Knowledge network on health systems for the WHO Commission on the Social determinants of Health (SDH). She has been a consultant on social determinants for WHO, UNICEF, UNAIDS, a member of the WHO Advisory committee on health systems research, was a senior advisor to the WHO Commission on the SDH, and has chaired and participated in various WHO scientific committees and in regional intergovernmental, parliamentary and civil society forums on health. She has implemented field research and policy analysis, and has mentored in and produced training materials and built capacities on different research approaches linking health at work with public health, including through participatory action research with those directly involved.

Arthur McIvor is Professor of Social History and Director of the Scottish Oral History Centre (SOHC) at the University of Strathclyde, Glasgow, Scotland where he has worked since 1984. He is a specialist in oral history, the history of work and occupational health. His early work focused on labour history and the nature of industrial capitalism, including his first monograph, Organised Capital (Cambridge University Press, 1996). He has published widely on work and the body including Lethal Work: A History of the Asbestos Tragedy in Scotland (Tuckwell Press, 2000), and Miners’ Lung: A History of Dust Disease in British Coal Mining (Ashgate Press, 2007), both co-authored with Ronnie Johnston, and Working Lives: Work in Britain Since 1945 (Palgrave/Macmillan, 2013). He was a Co-Investigator on two recent research projects: the Wellcome Trust funded project Coalfield Disability and Industrial Society (2011-16) and the AHRC-funded project Masculinities Challenged, (2015-16) which led to the publication of Men in Reserve: British Civilian Masculinities in the Second World War (Manchester University Press, Jan 2017), co-authored with Juliette Pattinson and Linsey Robb. He is currently working on a book on the occupational health and safety crisis in the Second World War and on a transnational research project on the impact of deindustrialisation on health. His most recent publication (in Chinese) is A. McIvor and Yong-an Zhang (eds.), Working Environments and the Body: Historical and Comparative Perspectives on Coalfield Health, Disease and Disability, a special issue of the Journal of Social History of Medicine and Health (forthcoming, 2019). 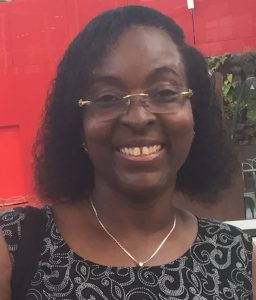 Edith Clarke is a Public Health Physician, and has been instrumental in establishing occupational health as a key component of the public health system in Ghana. She was the first Program Manager for Occupational and Environmental Health in the Ghana Health Service (GHS) / Ministry of Health (MoH). Following her undergraduate medical training, she underwent specialized training in occupational health at the University of Birmingham, UK and the National Institute for Working Life, Sweden. Dr. Clarke has worked extensively in the area of occupational and Environmental Health. She has worked as a part time lecturer in Occupational Health, School of Public Health at the University of Ghana since 1992.

In April 2018 she was conferred with the status of ICOH Honorary membership, for her distinguished contribution to international occupational health. She has won numerous other awards in recognition of her work in occupational health in Ghana. She is a member of the Woman in the Informal Employment: Globalizing and Organizing in Ghana, as well as a collaborator in the Fogarty International Center/University of Michigan funded programme, GEOHealth in West Africa.

Her areas of research have been the extractive industry sector, including assessing the burden of mercury toxicity in the Western region of Ghana in a UNIDO sponsored project.  She was also involved in an EU sponsored multidisciplinary Environmental Impact Assessment / Strategic Environmental Assessment (EIA/SEA) of mining in Ghana The project included screening communities within the Ankobra river basin and Obuasi area for the impact of heavy metals mercury and arsenic. More recently her work has focused on informal workers in the  artisanal and small scale gold mining and e-waste recycling in Ghana. In the area of policy she has co-ordinated the development of OEH related policies including Occupational Health and Safety for health workers, Health Care Waste Management , Workplace HIV/AIDS Policy for Health sector and draft National Occupational Health and Safety policy.

Chafiq Hicham  studied at the Faculty of Medicine in Strasbourg France were he graduated with distinction in 1989. He completed his residency in Hospital Louis Pasteur at Colmar France in Neurology in 1992. After military service at Hospital Militaire in Marrakesh Morocco, he went on liberal praxis on 1996. Founding member and president of the Moroccan Society of Movement Disorder (les Amis du Mouvement Anormal AMA) from 2005 to 2011, Dr Chafiq Hicham has developed a strong interest for all movement disorder pathologies including Manganism.

He was the president of the Moroccan society of Neurology from 2004 to 2008 and acted as vice president for the organization of the World Congress of Neurology that was held in Marrakesh on November 2011. Actual General secretary of the Moroccan Foundation against Neurological Diseases (Fondation de Lutte contre les Maladies Neurologiques FLMN) he is passionate about Medicine History in Al Andalus and Morocco in the middle age and during the french protectorate in Morocco and he has a special interest for all Jean Rodier works. He has particularly investigated the history of manganese toxicity in French Africa. Dr. Chafiq Hicham is also working to create the Moroccan society in the history of medicine and neuroscience scheduled for December 15, 2018

Laura Alfers has been working with informal workers for the last 12 years, mostly within the organisation Women in Informal Employment: Globalizing and Organizing (WIEGO). Laura has worked with since 2009 in the Social Protection Programme, and was appointed Director in 2017. In 2015 Laura completed her PhD at the University of KwaZulu-Natal in Durban, South Africa, with a thesis titled: “Citizens, Workers & Health Policy: A Gendered Political & Economic History of Social Citizenship in ex-British Colonies, with a focus on Ghana and India, 1880-2012.” The thesis used a gendered historical analysis to critically engage with current health reforms which seek to be inclusive of informal workers.

Laura started her work with WIEGO, helping to manage the  Occupational Health & Safety for Informal Workers Project, which ran in Ghana, Tanzania, Brazil, Peru, and India, and since then has been involved in a number of other initiatives under the Social Protection Programme. She has conducted several action research projects and has authored journal articles, reports and policy briefs emerging from this work. She has been actively involved in building the capacity of informal workers in Ghana & South Africa to demand better urban health services from local government, and continues to run projects on health and informal workers in India, South Africa and Thailand. In 2013, Laura was one of 10 winners in the Rockefeller Foundation’s Centennial Innovation Challenge for The Phephanathi Project, which aims to make the informal trading of Warwick Junction more secure and healthy for traders, customers, people passing through, and the officials who manage it. 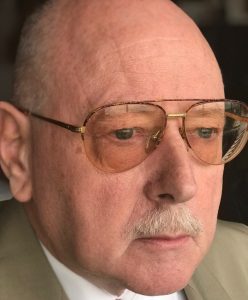 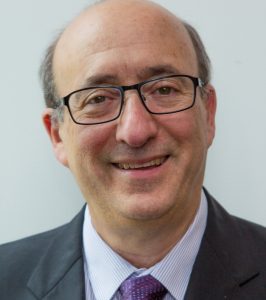 David Michaels, PhD, MPH is an epidemiologist and Professor of Environmental and Occupational Health at the Milken Institute School of Public Health of George Washington University. He was US Assistant Secretary of Labor for the Occupational Safety and Health Administration (2009-2017), the longest serving in OSHA’s history. He served as US Assistant Secretary of Energy for Environment, Safety and Health 1998-2001, charged with protecting workers, community residents and the environment at US nuclear weapons facilities. In addition to his epidemiologic research, Michaels has focused on protecting the integrity of the science underpinning public health and environmental protections. He is the author of  The Triumph of Doubt: Dark Money and the Science of Deception (Oxford University Press, 2020) and Doubt is Their Product: How Industry’s Assault on Science Threatens Your Health (Oxford University Press, 2008).

© University of KwaZulu-Natal: All Rights Reserved